The first inspirations which gave birth to the St. Petri Lutheran church of Dime Box, now called the St. John Lutheran Church, came from a handful of families who saw the need of a place to worship. Among this group were Oswald Hannes, Henry Marburger, George Marburger, John Nimtz, and others.

Worship Services were held at various places in the Dime Box area, beginning in 1909.  The congregation, as such, was founded in 1911 with Rev. William Mueller of Giddings as a Pastor.

For a time, the congregation used the school building which was known as Frog Hollow School, located on land owned by Frank Hannes at the time. Other places used for worship services were The Silver School, known as such because of the color of the building, which was located about one mile west of Old Dime Box on Highway 21.  Worship services were also held in a building in Old Dime Box which had formerly been a saloon.  This building was also shared with other congregations. Later the Czech Moravian Brethren Congregation offered the use of their church building located in the Hranice Community.

The building was erected and dedicated in the year of 1923 with the Reverend William Mueller of Giddings serving the congregation.  The St John congregation was then a member of the Texas Synod. Eventually the Texas Synod became part of Towa Synod, ultimately a part of the American Lutheran Church.  In 1960-61, the church was restructured to become part of The American Lutheran Church.

The Reverend William Mueller continued to serve the church, preaching and teaching in both the German and English language until 1942 when he retired.

Reverend Walter Tillmans was installed as pastor of the Giddings-Dime Box dual parish after the retirement of Reverend William Mueller and remained as pastor until September, 1945.

Following him as pastor of the dual parish was the Reverend S.T. Shroeder, who had served overseas with the U.S. Armed Forces as a Chaplain.  In April, 1950, Reverend Shroeder accepted a call to the North Side Lutheran Church in Houston.

Pastors Doege and Haag filled the pulpit until the Reverend J. Fred Mgebroff came to serve the dual parish. Reverend Mgebroff came to Giddings-Dime Box from College Station where he had been serving the Division of Student Service, National Lutheran Council, at Texas A&M University.

During this time, the church added members by transfer and Confirmation which brought out the need for additional room.  An Annex was added in 1952 with Pastor S.T. Shroeder serving as the guest speaker at the Dedication Service.

In 1957, the church was temporarily without a pastor.  On August 4. 1957. the newly-ordained pastor. Reverend Elias Rode, was installed by the Reverend A. J. Mohr to serve the dual parish of Paige-Dime Box.

Reverend Charles Brinkmeyer then came to serve as Pastor of the Paige-Dime Box parish, later leaving to become a Chaplain in the U.S. Army and serving in Viet Nam on two separate occasions.  After returning from Viet Nam. he was stationed at Fort Hood. Texas.

During the interim, the Reverend Krause. who was studying at the University of Texas preparing for mission work in Mexico, filled the pulpit, At the present time, 1973, Reverend Krause is the Pastor of the Martin Luther Lutheran Church in Carmine.

The Reverend Nick Bohman came to serve the dual parish of Deanville-Dime Box. leaving in December, 1970, to administer to the Congregation of Trinity Lutheran in Mission, Texas.

The Reverend Lynn Zimmermann of College Station served the St. John’s Congregation as a Supply Pastor until May, 1971, after which Reverend Winston Hold was installed as pastor by the Reverend Ed. A. Heye.

Reverend Winston Hold is a native of Lee County, having Martin Luther Lutheran Church of Giddings as his home church. He was baptized by Reverend Walter Tillmans and confirmed by the Reverend J. Fred Mgebroff.

A “Three-In-One” Rededication and Celebration was held on August 13, 1972. The reasons for this Festival were as follows: In 1973, the church structure reached the fiftieth year of its construction; 1971 was the sixtieth year of the organization of the congregation; and during the year of 1972, the church building was given a face-lift on the outside and the inside was completely remodeled.

The former pastors of the church took part in the Rededication of the Church to the Glory of God and committing all Christians to the service of His Kingdom. They were Rev. S.T. Schroeder, Rev. Elias Rode, Rev. J. Fred Mgebroff, Rev. Louis Kramer, and Rev. Winston Hold. Rev. Charles Brinkmeyer and Rev. Nick Bohman were unable to be present, but sent their greetings and best wishes.

The doors of St. John are open to all whose claim is to love the Lord as Savior.

Active organizations within the Church include The American Lutheran Church Women, the Sunday School, and the Choir. Worship Services are held each Sunday.

Changes in the more resent years:

St. John Lutheran Church in Dime Box voted to withdraw from the Evangelical Church of America (ELCA) in 2010 and join the Lutheran Congregations in Mission for Christ (LCMC). A brief summary on LCMC website presents some details of the organization. The reasons for the change can be found at the St John Hubbard website.

When a handful of families in the Dime Box area saw the need for a place to worship, they established St. Petri Lutheran Church.  The church is now known as St. John Lutheran Church.  Some of the first families of the church were: Bage, Buchorn, Buenger, Eichler, Etzel, Hannes, Marburger, Nimtz, Wolf and others.

During the years 1909 to 1923, the people met in various places such as schools, churches in other communities and during the prohibition years, even an abandoned saloon.

In the year 1911, a congregation was formed with Pastor William Mueller of Giddings serving as the pastor. In 1913, a charter from the Texas Synod officially recognized them as an established congregation.  As the congregation grew, there was a need for a permanent place of worship. Some of the families helping to establish this place of worship were Bage, Buchorn, Buenger, Eichler, Etzel, Hannes, Karcher, Marburger, Riske and others.

On December 14, 1922, land on which a permanent church could be built, was purchased from the Burttschell family.  A building was erected and dedicated in 1923 as St. Petri Lutheran Church with Pastor Mueller of Giddings serving as the pastor.  At that time the congregation was a member Of the Texas Synod, ultimately a member Of the Evangelical Lutheran Church of America. St. Petri was the first church to be built in the New Dime Box community. July 1 of the same year, the first confirmation class was received at St.Petri.

Pastor Mueller preached in German until he learned to speak English, and then he preached in both languages. Soon after the church was built, it was decided the church should have an organ. In 1924, a used organ was purchased in Giddings for $25 and Selma Bage was the first organist.

In 1924, Martha Etzel and her three daughters, Nice, Ella and Alta believed there was a need for a Sunday School, so she was instrumental in starting one. The first Sunday School superintendent was Walter Buenger. Earnest Marburger served as superintendent for thirty years following Mr. Buenger. Some of early Sunday school teachers were Martha Etzel, Alice Etzel, Myrtle Harzke, Ruby Marburger, Gladys Nimtz and Ruby Riske. In the early years, Sunday school met every Sunday, even though church services were held only the third Sunday of each month. About this same time, Johanna Buenger and Mamie Karcher helped to form a Ladies Aid Society.  In 1942, Mame Burttschell started an adult Sunday school class.

Also, in 1924, Henry Marburger, whose wife was ill with tuberculosis thought the church should have a cemetery where members could be buried without cost.  He contacted Albina and William Blaha for the purchase of two acres of land from them at a cost of $100 per acre.  On August 18, 1924, this land was purchased by St. Petri’s and designated as St. Petri Lutheran Cemetery. In two church services, enough money was collected to pay for the land with a fence to go around it.  The church created a Cemetery Association and appointed Ernest Wolf to designate grave spaces for burial of members when needed and to sell spaces to non-members. He retired in early 1988 after serving more than fifty years.  Anna Nimtz Marburger, who died in February 1925, was the first person to be buried in St. Petri Lutheran Cemetery.

Minutes of the church council meetings were written in German until 1942, when they began writing them in English.  The minutes were called the “Protocol” and the treasurer’s report was called the “Cashier’s” They were referred to in this manner until the early 1940’s.

On April 27, 1952, an annex to the frame church was dedicated.  This was a frame structure built on the north side of the church, with Oswald Marburger serving as foreman and the labor donated by members of the congregation.  This annex included a fully equipped kitchen, indoor restrooms, curtain dividers for the Sunday School classes, and folding doors leading into the church. Pastor J. Fred Mgebroff was the pastor at the time of the dedication.

On August 13, 1972, while Pastor Winston Hold was serving at St. John’s, a “three-in-one” rededication and celebration was held.  Reasons for the festival were: In 1973, the church structure reached the fiftieth year since its construction, 1971 was the sixtieth year of the organization of the congregation, and in 1972, the church building was given a facelift on the outside and the inside was completely remodeled.

In 1983-84, the congregation saw a need for a new building. In June 1984, ground was broken and the new building was started. Brad Cutright of La Grange was the architect and Gaeke Construction Company of Giddings was the contractor. In December 1984. the first services were held in the new church, and in April 1985, the building was dedicated. Pastor Dale UlIested-Heneke was pastor of St. John’s at this time.

Until this time in its history, St. John had been one congregation of a two-point parish, sharing pastors with Martin Luther in Giddings, St. John in Paige and St. John in Deanville.  In 1985, this shared ministry was discontinued and Pastor Ullested-Heneke was the first pastor to serve only the St. John congregation.

In December 1985, Pastor Anne Kolmeier was installed at St. John Lutheran Church. She was the first woman pastor called to serve in Lee County. Her tenure ran to 1990 when Pastor David Bernshausen came to St. John. In 1992, a parsonage was constructed next to the church to help retain a permanent pastor. In 1997 the church installed Pastor Lee Eschberger as pastor.  In 2003 the congregation moved forward with the construction of a Sunday School building for teaching and church activities that required a larger room.  This facility is still utilized for the Easter Sunday breakfast as well as being available for event rentals like anniversaries and family reunions.

From 2006 to 2007 the pulpit was filled by Pastor Randy Bruno. Ed Truelson was the Lay Pastor at St. Johns from 2007 to 2010. Pastor Truelson was ordained in 2010 and was the congregations pastor until 2012. In 2012 the congregation voted to move from the Evangelical Lutheran Church of America (ELCA) to the Lutheran Congregations in Mission for Christ.  This move was in part from the –ELCA’s embrace of a more liberal stance on the teachings of the bible.

It is our hope that this history is accurate.  The information for this history came from Old church minutes which were accepted as correct at the time, from church records, newspaper clippings, the Rufus Young Kings Library’s “History of Lee County” and by talking with some of the older members of the congregation.

Records of baptisms, funerals, confirmations, etc., prior to 1942 were destroyed in a fire, so complete records are not available. However, we have included as many facts and names as were available.  If we have left out any names or other important data, it was not intentional. 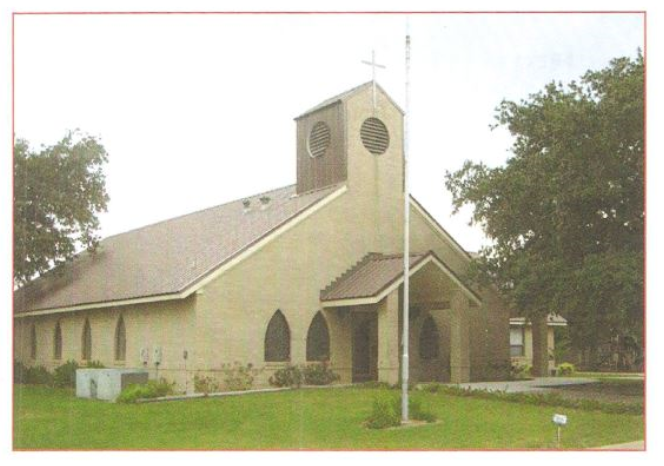 New Church was dedicated in April 1985 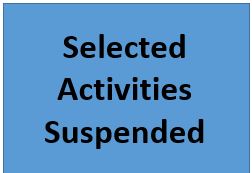